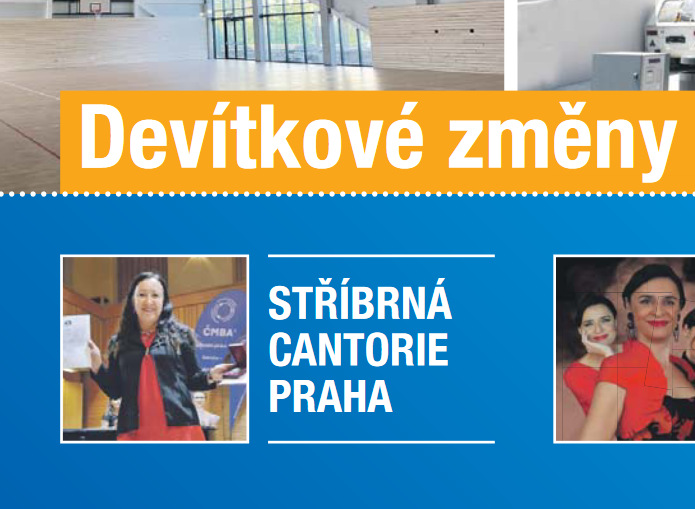 At the beginning of June, the traditional international festival of choirs, the Olomouc Festival of Songs, took place in Olomouc. The choir of Cantoria, belonging to the ninth Prague district, was also awarded on it.

49. this year’s festival attracted sixteen choirs from Hungary, Poland, Slovakia and the Czech Republic. The centerpiece of the festival program was the Mundi Cantant choir competition on Saturday. The Cantoria Praha Women’s Choir, founded by the City Council of Prague 9, successfully participated and won a silver medal for its performance.

Choirmaster Mgr. Nora Michálková, who has been leading the choir for the fourth year, performed all the pieces with Cantoria unaccompanied, which was greatly appreciated by the jury. This time, the program included, for example, the spiritual Joshua beat Jericho, the compositions Bez pori da bez vremeni by Pyotr Ilyich Tchaikovsky, the popular song Over the rainbow and others.

What are the choir’s plans?

In the new school year 2022/2023, the Cantoria Prague choir has a rich program. Traditional Advent concerts in Prague, pre-Christmas tour in western Bohemia and participation in other international choral festivals and competitions.

If you enjoy singing and have been thinking about joining a choir, now is your chance to do so! Although the choir currently has more than 35 active members, it is open to other interested women. Cantoria Praha accepts women aged 18-55. For more information, contact the choir at cantoria@seznam.cz or info@cantoria-praha.cz.